Next month, on 17 June 2015, a memorial to children who died in state care in South Australia will be unveiled at the West Terrace Cemetery in Adelaide.

The ceremony coincides with the 7th anniversary of the South Australian State Apology to Forgotten Australians and Former Child Migrants. All are welcome, but please RSVP by 5 June to Irene at Elm Place on 08 8419 2042. More information about the ceremony is available from Relationships Australia South Australia.

This memorial in South Australia will be the first of its kind in Australia. There are several memorials to children from individual institutions who died in care, such as at St Joseph’s Home, Neerkol (Queensland), Ballarat Orphanage (VIC) and Parkerville Children’s Home (WA).

The report of the Mullighan Inquiry in South Australia (2008) devoted a chapter to the issue of deaths of children in state care. When the department was asked to provide the Commission with information about children who died in care, it was found that there was no single consolidated list. The Inquiry found that the department had failed to properly record the deaths of children in state care over the last century (p.482). 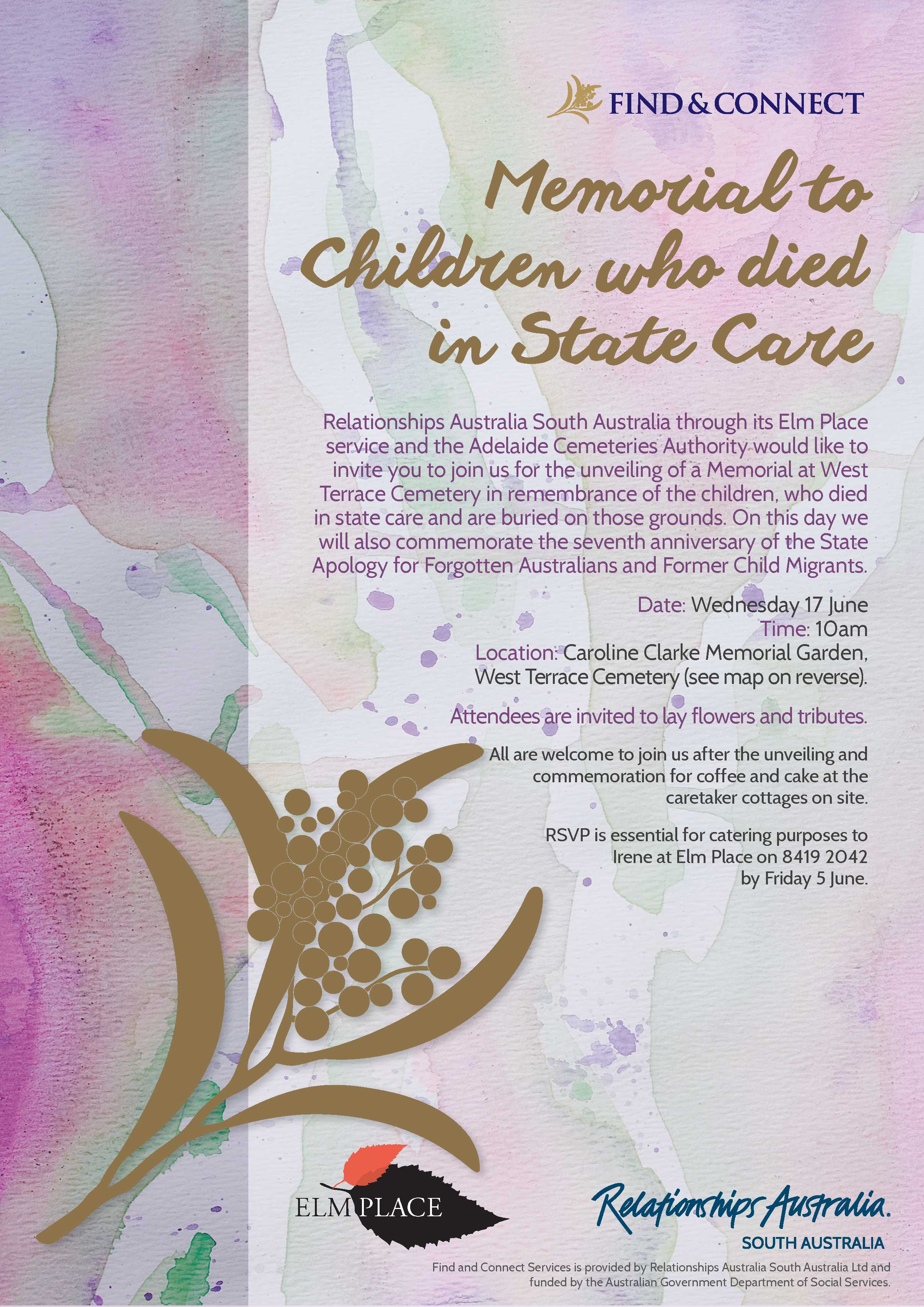