A project based at Macquarie University is seeking former residents willing to share their recollections of life at Weroona Home. 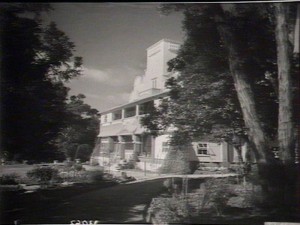 The project is looking at the history of private and public philanthropy in relationship to Weroona, a boys’ home at Woodford in NSW run by the Child Welfare Department. From 1948, Weroona housed around 30 boys, ranging in age from 7 to 15. Most boys were living at Weroona because of a shortage of foster care placements at that time. The main house at Weroona was destroyed by widespread bushfires in the Blue Mountains in November 1957, although the caretaker’s cottage survived. A two-storey home, accommodating 24 boys, was built to replace it, opening in 1959. Weroona continued to operate on the site until 1984.

Former residents of Weroona (between 1946 and 1984) can make a valuable contribution to this project by sharing their stories and recollections. The project will be conducted with respect for all respondents and will value the differences in recalled memory. For more information about how to participate in this project, please contact John Croucher by email at John.Croucher@mgsm.edu.au or by calling 0419 502 197.

The importance of photos