Locked Away – Children in the Insane Asylum

The facility known as Wolston Park had its origins as the Woogaroo Lunatic Asylum in 1865, the first publicly-funded mental health institution for the newly-created Colony of Queensland. It was never meant to be a place for children but was used to house the destitute, the sick, and those without any means of support, as well as those experiencing mental illness.

In the 1880s, a name change to Goodna Asylum for the Insane inextricably linked the institution, and its new name, to the stigma surrounding mental illness in that time. It was renamed Brisbane Mental Hospital in 1940 in a deliberate attempt to move away from the Goodna name and its negative associations, as well as reflecting changing attitudes towards mental health treatment. Goodna was now a hospital, not an asylum. A further name change in 1969 saw it become Wolston Park. By this time, the focus was on providing integrated care, rather than isolation and segregation.

When children first became residents of Wolston Park, and the reasons why they were there, remain unclear. It is possible that there were children there from the early days, perhaps becoming residents with their parents if there were no other options for them. 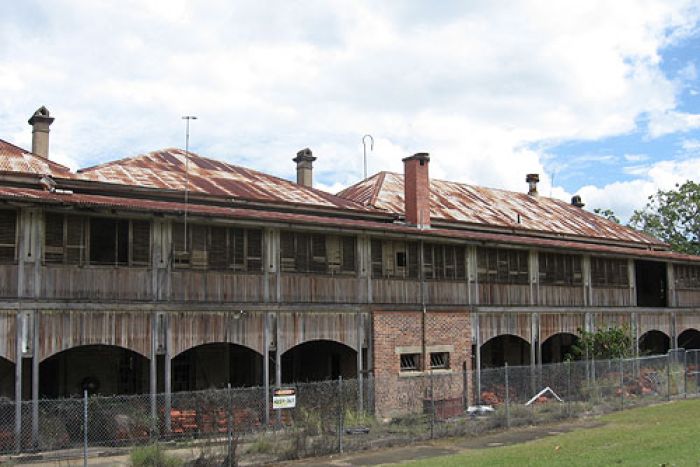 Children endured horrific abuse at Wolson Park. Many were sexually assaulted, others were controlled and restrained with drugs and some were forced to undergo electric shock treatment. They were isolated, humiliated, and placed with the adult population of the facility. Many were incorrectly diagnosed with mental illness to justify their continued residence at Wolston Park, others had no diagnosis and were still prevented from leaving. It is known that other adult mental health facilities also housed wards of the state.

In 1999, following the findings of the Forde Commission of Inquiry into the Abuse of Children in Queensland Institutions, the Queensland government and church authorities officially apologised to those who were harmed in church- and state-run institutions during their childhood. However, this apology did not extend to those children who, while wards of the state, were inappropriately placed in Queensland’s adult mental health facilities.

In 2010, the Queensland government issued a new apology, this time specifically to children who were wards of the state placed in adult mental health facilities. This apology acknowledged that the previous apology did not extend to this group, and committed to a reconciliation process with survivors.

This reconciliation process did not occur until 2016, and commenced with a review and a report detailing survivors’ experiences, including recommended actions and next steps. From this, a formal Reconciliation Plan was developed. The plan included financial support, a monetary payment, and commitments to provide ongoing support and access to their records and information.

It is clear that without the tenacious and ongoing lobbying efforts of the survivors of Wolston Park, this outcome would not have been achieved. In addition to their advocacy, the story of their experiences of Goodna / Wolston Park were told through exhibitions, radio, art and poetry. Their experiences add another facet to the story of those who, through no fault of their own, spent their childhoods in out of home ‘care’.

ABC Radio Special Series: Up the Line to Goodna: stories from inside the asylum (3 parts)

Remembering Goodna was an exhibition at the Museum of Brisbane