Reblog – That’s what happened to me

The commission was called in 2016 as a result of a Four Corners program into the NT juvenile justice system.   The Department reported that every child currently held in detention in the Northern Territory is Aboriginal. Whilst detention rates are down from what they were in 2017, the numbers of children detained in 2018, at 38, is still higher than it was a decade ago.

In light of that news, today’s post is a re-blog of a piece that went out following the original Four Corners story (August 2016). The issues are still pertinent today.

This is a guest post by Simon Gardiner, who now works in Public Policy and Practice Development at Berry Street, Melbourne.

You’ve got to do something mate. Did you see it the other night? The bastards! It was brutal. That’s what happened to me. It’s got to stop.

The images on the Four Corners program about institutional child abuse within a Darwin correctional centre have taken Jack back to some childhood experiences 50 years ago. Jack keeps going:

They did this to me … they beat me and then they locked me up in the black hole. It’s never stopped.

Jack is a survivor of the child welfare system. Over 500,000 children (including both Former Child Migrants and those from the Stolen Generation) were incarcerated in the institutional care system of the 1930s, 40s, 50s, 60s and 70s. These children are known as Forgotten Australians; the term used in the 2004 Senate Report that highlighted the widespread brutality and neglect experienced by children in the institutional ‘care’ system. 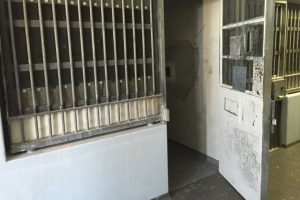 This policy of incarceration and separation from family and community continues to reap a bitter harvest. Many of Jack’s contemporaries have died young, suffer premature ageing and have lengthy contact with a range of services including prison, mental health services and homeless services. Many have failed relationships and erratic contact with their children. As Forgotten Australians age, the fear of returning to institutional care increases, particularly to the care provided by the agency that abused them as a child.

I hear Jack’s distress over the phone. The footage first aired by Four Corners from within Don Dale prompted horrified reactions from politicians, human rights advocates and the Australian public. To Jack, the images are personal, powerful and painful reminders of the terror and loneliness he felt as a child. Jack has lived with these feelings of futility and helplessness all his life and the graphic reminders of his childhood experiences return him to the darkness of childhood.

They also remind him of how little has changed. When Jack was abused and maltreated whilst in the care of the State, the Korean War was raging, Robert Menzies was Prime Minister and Hawthorn was yet to win a premiership. Much has changed but beneath Jack’s often prickly and aggressive exterior there still lives the scared little boy who nightly lives with the terrors of the past. Jack’s final words to me say it all: “It’s wrong mate. It’s just wrong”. Jack knows not enough has changed.

As a community we ought to be outraged at the treatment meted out to the children in Don Dale. Those who perpetrated these crimes need to be prosecuted.

As a community we are suffering a collective amnesia. It is as if we are afraid of remembering what happened to the 500,000 children who only a generation ago experienced the rigours and sometimes the brutality of our child welfare system. They are still with us, as adults, and, like Jack, they are still suffering. There have been Senate Inquiries, Parliamentary Inquiries, a Royal Commission (into Institutional Responses to Child Sexual Abuse), and countless government reports, all of which have outlined in forensic detail the experiences of the Forgotten Australians.

Despite these reports, this appalling episode in our history – taking place over more than 50 years – still remains largely unknown to the wider public. It’s not taught in schools, it’s not part of the training for future child protection and social work professionals. The Forgotten Australians still have to fight for redress and compensation. They receive no priority access to health and medical services.

It is proper that there is to be a Royal Commission in to the treatment of the children in juvenile detention in the Northern Territory. But as a community we also need to channel some of our outrage into ensuring that our ageing Forgotten Australians (who were once children) receive the recognition, redress and services they have been waiting so long for.

Author: Simon Gardiner
Simon Gardiner is the manager of Open Place (the Find & Connect Support Service in Victoria). Simon’s background is in social work and nursing, and has worked for Anglicare Victoria and the Department of Human Services. Simon’s nursing background includes palliative and oncology nursing and a 9 month stint as a community nurse working in Sudan with refugees from Ethiopia.