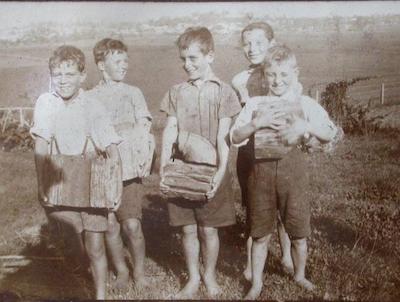 Next Monday 16th of November marks eleven years since the Australian Government apologised to Forgotten Australians (people who spent time in care between the 1920’s and 1980’s, also known as Care Leavers), and Former Child Migrants.

The Apology was the result of prolonged campaigning by people who were in care as children to recognise the abuse and neglect so many experienced away from their families in ‘care.’

A significant issue was access to records that were created while children were in care – mundane tasks like getting a passport or a drivers license became impossible; the knowledge of information we all take for granted – who are parents and siblings are – remained unreachable, and the basic fundamentals of everyday life lost without photos or memories.

The Apology set out the establishment of Find and Connect – a nationwide service to provide support, knowledge and information to help the records that mean so much find their way to the hands of those whose childhoods they hold.

Over the last year working with people who spent time in care as children, we’ve improved the information on the site, and continue to improve the site itself following the recommendations from usability testing in 2019.

The 2019 Records Access Document Grant round also provided new information both about the Homes where children lived, and made records more accessible.

We’ve added new photographs to the site that were provided by people associated with Homes, including on the Our Boys’ Home page. We’ve also added new information to The Find & Connect Map of Children’s Homes which launched in October last year.

We’ve worked with organisations to update their information, including the Anglicare Children’s Homes Foster Care and Out-of-Home Care Records (1932 – 2010) in NSW. We also worked with the Australian Red Cross (ARC) and University of Melbourne Archives, to include new information about the records held by ARC, and added three new Homes in Victoria: Lady Dugan Red Cross Home, Welfare House, and Edgecliffe Red Cross Convalescent Home.

Our Western Australian pages got a significant boost following work we’ve done with the Institute of Sisters of Mercy of Australia and Papua New Guinea. Other states also benefited – see a NSW update here. We’re still updating pages, and more information will be available online.

Uniting also provided a lot of new information for Victoria and Tasmania, some due to their RAD Grant, some due to the transfer of services within their organisation, including: Records of Uniting – Connections, Uniting Heritage Service, and Adoption Information Service.

The University of Newcastle Archives has also been updated with information about a number of Homes connected to the Anglican Diocese of Newcastle, including St Elizabeth’s Girls Home, St Alban’s Boys’ Home and St Christopher’s Home for Little Children.

Following contact from both Care Leaver Advocacy and Support Services, we instigated a project with the management committee of the Society for Providing Homes for Neglected or Needy Children in NSW to update their records information. The site now shows that the Society took custody this year of records relating to Our Children’s Home (also known as Ardill House) in Concord. Previously these records were held by Integricare. Keeping track of records in this way makes it much easier, faster, and less stressful for Care Leavers to access information about themselves.

We’ve also added a hostel for girls in Kew, run by the Citizens Welfare Services In Victoria which was previously unknown to us.

This year we’ve done more to recognise Forced Adoption, by noting which institutions were named in the 2012 Australian Senate Inquiry Report into Forced Adoption Practices, which is ongoing.

Based on information from people who spent time in care, we’ve made submissions into both Accessing Information Outside FOI, and to the Royal Commission into Aged Care Quality and Safety.

Finally, the blog had some fantastic contributions this year, written by people who were in care and others, that give a much deeper understanding of how important records access, and the way access is managed can be, including Sarah’s Story: Records Access.

Changes at the University, along with COVID, led to a few technical glitches that meant we have a backlog of work that is complete but not yet available on the site. We’re working to get all our updates public as soon as we can.