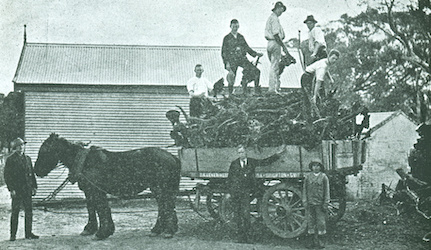 There are some big changes coming to the site based on usability testing we’ve carried out, feedback from Support Services and site users, the needs of people who spent time in care as children.

We’ll keep you posted on the big changes, but in the meantime we’ve been busy making sure the site is relevant and, as far as possible, reflects the experiences of people who were in care or engaged with the welfare system.

It might be easy to miss unless you’re looking for something specific, but we are always improving the information on the site. New information is uncovered or released, people with experience of institutions contact us, or people who spent time in care share their experiences, correcting records that have been provided by the institutions themselves, or contemporary reports about them.

Some of the recent improvements:

We updated the records and agency/Home information related to disability services in SA, including Highgate Park and its records, and the client files of Disability Services.

We worked with Anglicare to make significant additions to this records page , consolidating, updating with new information, and generally improving the information we provide about these records.

As a result of feedback from a former resident , we undertook a major update of Marlow Cottage and previously Oasis Youth Residential Service. As anyone who spent time in care knows, often the official record is missing important information. Feedback from people who experienced institutions means that we can undertake further research to improve the information we provide, and also that the voice of people who were in care are included in their histories.

We continuously follow up with record holders to make sure the information we have in the site stays up to date, and any changes or additions are included as quickly as possible. This means that when they find things in the records that we didn’t previously know about, we’re able to research homes and institutions that were previously unrecorded. This has led to information about institutions that had been largely forgotten being made publicly available on findandconnect.gov.au for the first time. After working with the record holder in this way, we’ve just added an institution we didn’t have any information on previously, the Benevolent Institution for Aboriginal Children.

The Protestant World Magazine included information about, or relevant to, the children in the care of the UPA. These records were digitised and indexed as part of the Records Access Documentation Grants in 2017.

The Protestant World Magazine shows just how important contemporary documents can be in uncovering key information about Homes that are not contained in admissions records or other administrative documents. From articles contained in the Journal, UPA has been able to confirm vital information such as the names of Homes children were in, children’s age, competitions they won, and medical procedures they underwent. The records now also reflect dates when children left the UPA or were transferred to another Home, achievements in sporting events, birthday messages to children in the Homes, and letters from Homes to the editor, ‘Aunty Rose’. It includes short articles about careers, marriages, sickness of UPA children and death notices. Throughout the magazine are black and white photographs of the Homes and the children.

The Map of Children’s Homes has also been updated to detail whether institutions are still standing / partially demolished / demolished / unknown.

We updated our feedback form, which means that it’s a lot easier for you to send us updates! We’ve seen an increase in the number of people contacting us with information about institutions  since that change was made, and it’s also made it easier for people seeking assistance from the Find & Connect Support Services to get in touch: https://findandconnect.gov.au/contact/support-service/.

Following feedback by a person who experienced forced adoption, we continue to research and update any institutions that were involved in forced adoption to include that information on their pages on the site.

We also continuously check the site to make sure that the links you click on work, and if they don’t, to find where the information has moved.

If you volunteered to continue with usability testing the updated site, we’ll be in touch with you in the next few months.

If you have any updates to make to the site, or you believe we could improve our information on any institutions, please let us know.

Remembering a survivor of institutional abuse