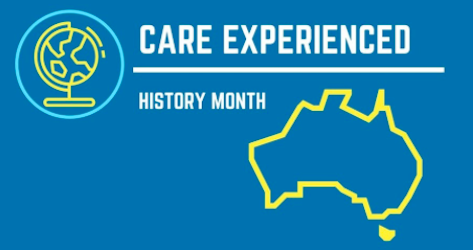 Care Experienced History Month 2022 concluded last Saturday with the International Day of Remembrance, a day to reflect on the fact many Care Experienced people haven’t been afforded the opportunity to meet their full potential because of systemic oppression.

This year we featured on our facebook page books that have been written by Australian members of the Care Experienced community — in particular Stolen Generations, Former Child Migrants and Forgotten Australians — to highlight that memoirs have been written both before (eg Monica Clare’s 1978 Karobran) and after significant federal government inquiries (eg Ryszard Szablick’s 2007 Orphanage Boy) and all have contributed to a growing awareness in the Australian community of the way children have been (mis)treated when displaced from their birth families.

The most popular of these posts was Robert Adamson’s 1992 prose/poetry combination, Wards of the State. Adamson spent much time in Gosford Boys Home as a teenager but went on to become a poet and publisher. He is the inaugural Copyright Agency Limited (CAL) chair of poetry at the University of Technology, Sydney (UTS).

Second most popular was David Hill’s 2007 The Forgotten Children. A successful businessman who served as chair and managing director of the ABC from 1987-1995, The Forgotten Children explored life for David, his brother and other children who had been sent out to Australia and installed at Fairbridge Farm School in NSW. David Hill has recently published Reckoning: The forgotten children and their quest for justice (2022) which explores the movement he led for acknowledgment and redress for former child migrants.

In keeping with the facebook theme of autobiographies and memoirs, we convened a Writer’s Roundtable on 21st April with Kate Shayler, Frank Golding, Denise Brooks and Tracie Oldham. This was an inspiring conversation about the benefits of writing (catharsis, clearing the dross to see sparks of good, connecting with others who have similar experiences) and the challenges of putting your story out there, especially if your family has been the cause of abuse and resultant trauma.

On the international website, there’s also a fabulous “In Conversation with: Maree Giles,” author of Invisible Thread (2001), who talks about fictionalising her time in the notorious Parramatta Girls Home because of fear of repercussions.

In addition to the events discussed on the previous blog, we also held an important conversation about trauma with Tony Tonkin, an accredited mental health worker, about how talking (or writing!) and being listened to can be therapeutic and transformative. There has been excellent feedback on this event, and you can catch up on this and the other discussions on the CEHM youtube channel here:  https://www.youtube.com/channel/UCuVNfn0jYWCyALtjs68Bf6g

WhoCares? Scotland hosted a series of informative lectures (as they did last year). Some were held face to face, others online and all should be available soon at: https://www.careexperiencedhistorymonth.org/lectures

As Wattle Place say on their website, it may take a while for Care Experienced History Month to be “widely marked in Australia”, but planning is already underway for April 2023.