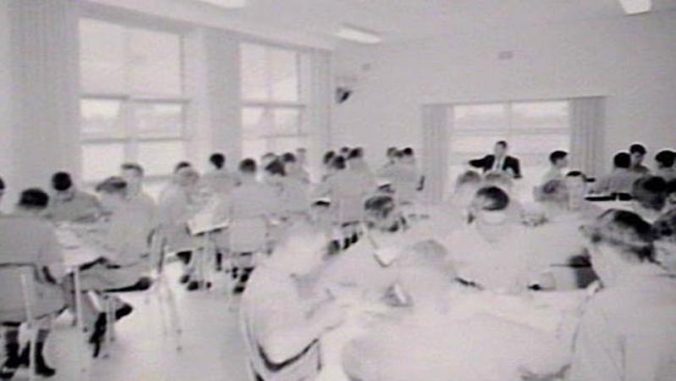 The ABC’s Australian Story recently screened a story about Russel Manser, sent to Daruk as a young adolescent and then adult prison Long Bay as a juvenile, and the impact of the Royal Commission into Institutional Responses to Child Sexual Abuse on his life.

At 15, Manser was sent to Daruk after a police chase in a stolen car. Sentenced to six months he escaped the abuse he was subjected to, only to be sent back. Like many at Daruk, Manser was emotionally, physically and sexually abused. Although he reported his abuse to staff around him at the time, nothing was ever done to protect him or the other boys at the Home.

“An emotional void was created within me.”

At Daruk, Manser learnt how to steal luxury cars, a skill that resulted in him being sent to Long Bay adult prison at 17, where he experienced further abuse.

“I remember the first time I walked through these gates, I was a 17 year old kid & it was my first time in an adult prison… I was terrified, I was scared as I’d never felt fear like that in my life ”

Manser developed a drug addiction, and went on to rob banks, landing him back in jail where eventually he saw the Royal Commission into Institutional Responses to Child Sexual Abuse on TV.

“I had been let down by the authority figures I did try & report my abuse to but when I saw the head of the Catholic Church, George Pell, getting questioned about church cover-ups, it gave me a lot of faith that my story might be believed.”

Manser wrote to the commission and three weeks later was visited by a representative.

“I was just blown away that these people were actually interested in my story, it was a massive relief to have this off my chest. I’ve been holding onto that secret for 30 years and it was destroying me.”

Manser received compensation and crucially, an apology letter from the NSW Government

“Ten times more than the money. I felt validated from all my bad feelings and all the madness that I’d ever been through.”

Care in the Cold