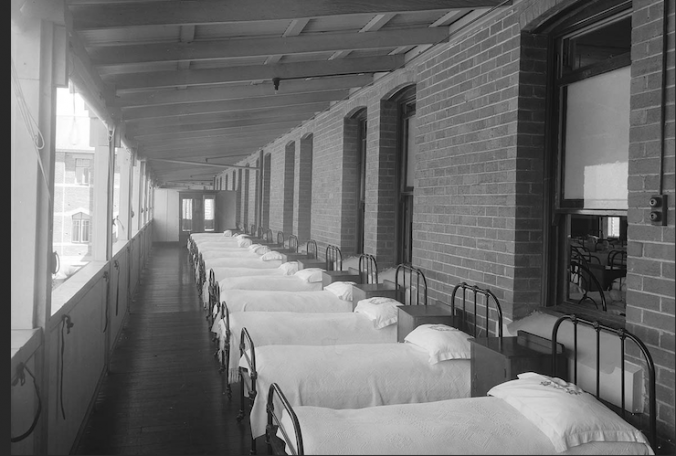 Care in the Cold

The coldest start to winter in the eastern states for decades caught many of us unprepared, as a wave of polar blasts sent us scurrying for warmer clothes, extra blankets & hearty meals.

For children who grew up in care prior to 1990, winter preparations could be haphazard, or non-existent.

For some children, winter came with an extra half-hour in bed as they slept-in until 7am, unlike the summer months when the day began at 6.30am.

Some homes switched to a winter menu, to take advantage of seasonal fruit & vegetables that could be grown on site.

Some homes provided warmer clothes, and in others children were allowed to play inside by the fire rather than outdoors where they spent the longer summer days.

In winter, the girls wore brown flannel dresses and berets on Sundays. For school they wore a tunic and blouse.

In some institutions, the difference between life in care and a life at home with family was made stark at this time of year.

“Especially in the winter, because the mothers used to make all these hot chocolate drinks for their children… They had these big pots of hot chocolate and anyone that was from the orphanage was left till last, so if they ran out you didn’t get it. You had to drink water.”

For others, very little was done against the cold. Children slept on outdoor open verandahs despite the freezing night temperatures. Despite the lack of heating, there was no extra bedding provided, or what given was inadequate against the cold winter nights.

“Half the time the reason for wetting the bed was it was cold…I don’t think they ever woke up to that, those people that were running the place… we had no heating in those days. Not even a heater, and they wonder why the little kids were wetting their bed…[We had] just a grey blanket and a very light quilt

For children who were placed in institutions such as training schools and reformatories, or those in homes were corporal punishment was the chosen discipline, life could be brutal at the best of times. Those expected to work, often without regard for their safety or protection, were even more harshly impacted by the cold.

“They were often put to work, made to wash their own sheets and clothing in the freezing cold, which caused them to suffer frostbite every winter.”

The removal of Aboriginal people from their homes to missions and reserves was undertaken with an absolute lack of understanding or concern for the needs or the humanity of the people targeted by these cruel and deeply racist policies. Those removed were placed in institutions unfit for human life, and without the most basic care. In one instance, the Army took over a mission in tropical far north Queensland, moving the residents to the south to inadequate housing, healthcare, and a much colder climate.

“60 of the Cape Bedford people died while at Woorabinda. The high death rate amongst the Cape Bedford people was partly attributable to inadequate housing and medical care at Woorabinda. The residents from Hope Vale were not equipped with clothing, blankets or bedding that was appropriate for winter conditions in southern Queensland… many people died from pneumonia shortly after their removal from Hope Vale.”

For some in the care system, winter came with warmer clothes, crackling fires and a morning sleep-in. For others, their winter beds offered no comfort against the cold, and the lack of care they experienced throughout the year was intensified by the impacts of the chill weather. The experience of children in care varied widely, depending on the type of institution they were placed in, and the attitude of the organisations and staff charged with their care.

If this blog post has brought up any issues for you, there are Find & Connect support services in every state & territory specifically for you: https://www.findandconnect.gov.au/contact/