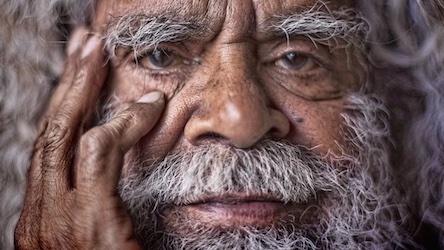 Beloved actor Uncle Jack Charles, a Boon Wurrung, Dja Dja Wurrung, Woiwurrung and Yorta Yorta Elder died this week. He used his platform to advocate strongly for Aboriginal people, knowing intimately the impact of growing up isolated from family and culture through his own experience of being removed into care institutions, and a foster family where he felt himself to be a “tolerated outsider”.

Removed from his family at four months old to the City Mission in Brunswick, Charles was charged with being a neglected child. Aged only two, he was moved to the notorious Salvation Army Boys’ Home at Box Hill where he experienced physical and sexual abuse. For most of his 12 years there he was the only Aboriginal child in the home, and was subject to racist abuse and denial of his culture.

Although Charles’ life was remarkable, his life as a stolen child who experienced violence and abuse, firstly in care and later in the prison system, is the story of many Aboriginal Australians. Policies of assimilation denied the Stolen Generations their family, their culture, and a childhood where they were loved and valued.

There is also a commonality to all children who experienced neglect and abuse in care having been removed from their families. Charles did not discover his father’s identity until 2021, when he described himself as “a lost boy, now found”. Unfortunately he was not able to meet his father – “I do have this profound sense of piss-offedness with the belated discovery [of my father].” “My story has been lost and, in a way, with this story here, I have been healed again. It is never too late to learn who you are.”

Many who grew up without love or care, without any knowledge of their family and the sense of identity that knowledge can bring, will relate.

Family tracing and reunion services are available to members of the Stolen Generations throughout Australia via the national Link-Up program.

More Than a Story: Care Leavers’ Histories of Childhood